Kale is one of the hot super foods of the day. I only started eating kale a few months ago and just about a week ago I finally tried making kale chips. They were even better than I expected. I was inspired to give it go after reading a post by Zuzka Light. Her recipe is here. My recipe is essentially the same as hers with a few minor changes. Also, if you want some visuals her post has several photos. 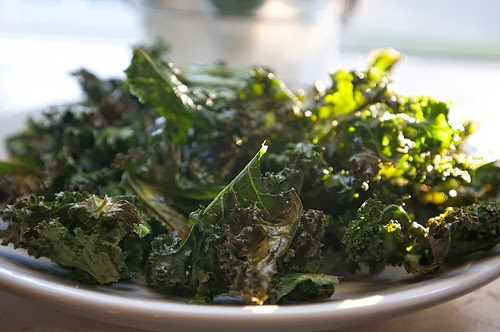